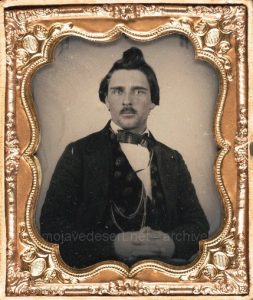 “When I recovered my thoughts I could hardly realize where I was, though I remembered to have considered myself as having also been struck to the earth, and thought I was probably dying. I knew that all, or nearly all of the family had been murdered; thus bewildered, confused, half conscious and half insensible, I remained a short time, I know not how long, when suddenly I seemed awakened to the dreadful realities around me. My little sister was standing by my side, sobbing and crying, saying : ‘Mother, O mother ! Olive, mother and father are killed, with all our poor brothers and sisters.’ I could no longer look upon the scene. Occasionally a low, piteous moan would come from some one of the family as in a dying state. I distinguished the groans of my poor mother, and sprang wildly toward her, but was held back by the merciless savage holding me in his cruel grasp, and lifting a club over my head, threatening me in the most taunting, barbarous manner. I longed to have him put an end to my life. ‘0h!, thought I, ‘must I know that my poor parents have been killed by these savages and I remain alive !’ I asked them to kill me, pleaded with them to take my life, but all my pleas and prayers only excited to laughter and taunts the two wretches to whose charge we had been committed.

” After these cruel brutes had consummated their work of slaughter, which they did in a few moments, they then commenced to plunder our wagon, and the persons of the family whom they had killed. …

Captivity of the Oatman Girls