More than 30 years ago the green grass and running water of Summit Valley attracted the white people who later became the first settlers here. Mr. Houghton  took up a Government claim, the plan now included in the Las Flores Ranch. Cattle were driven in from Arizona to be fattened and then driven to market San Bernardino. This entire family was given over as a cattle range. The grassy slopes afforded splendid pasture lands and Mr. Houghton was well pleased. 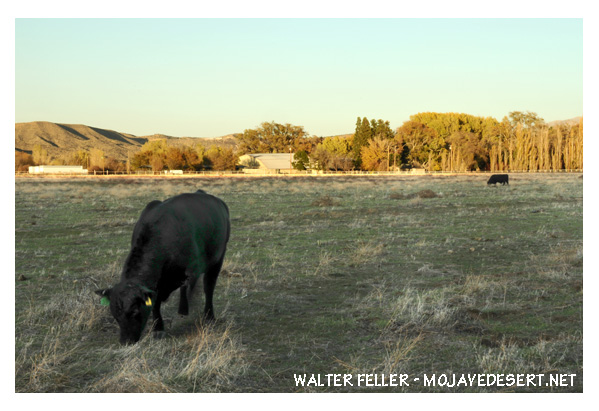 Still there were some hardships to be endured in this new country. Many wild animals roam the hills, mountain lions stole the young cattle in the small brown bears came in droves to find what they could  to eat.  At times Mrs. Houghton and the children were obliged to climb into the attic of their house to be safe from the bears.  After robbing the  hives  of honey, these bears would go back into the nearby hills and mountains, disturbing nothing more.

The Indian inhabitants of the valley were unfriendly and while Mr. Houghton owned the ranch three men were killed by the Indians in ambush.

About 30 years Mr. Bircham  bought the ranch and continued to run it as a cattle ranch. Each year more cattle were put on the range. A great many horses were brought into the valley too. These proved to be a temptation for horse thieves, who made a regular practice of stealing horses and selling them in other places. Finally the two neighboring canyons received the names  of Big and Little Horse Thief Canyon. At length the horse thieves were driven out but the smaller of the two canyons still retains the name of Horse Thief Canyon, the larger known as Summit Valley. 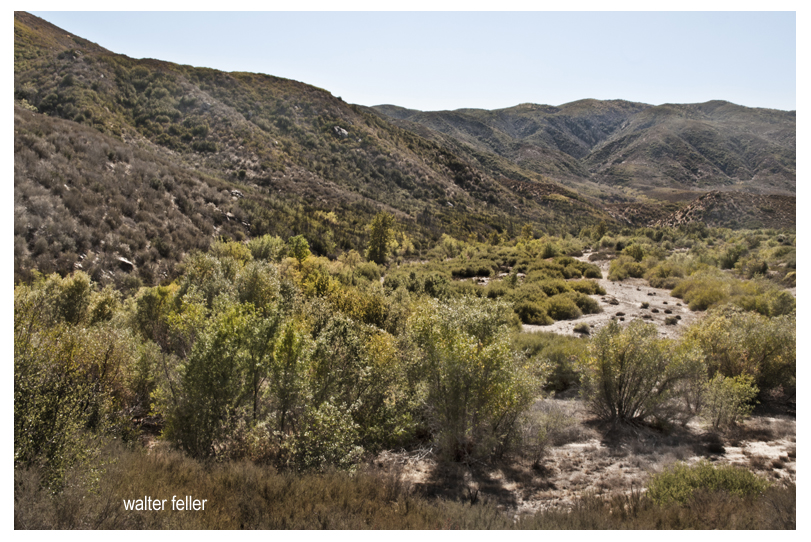 All traveling was done with horses until a railroad called the Southern California was built. This road went through in the year 1883 and 1884 and followed the old Santa Fe Railway Company.  The highest point along the road was called Summit and a station was established there at once. It was located about 6 miles west of the Bircham Ranch  and became their shipping point for supplies.

At the time when it was believed that oil was hidden in the land all through Southern California, the Summit Valley was located for oil, but the government authority on oil found that it was not present in this land.

The Arrowhead Reservoir and Power Company  wish to buy up lands in the mountains in order to gain the water rights attached. Mr. Bircham’s  holdings of 1200 acres were bought and various other lands nearby.

The ranch was now owned by a company, it was no longer the Bircham Ranch  or the Houghton Ranch,  so another name was to be found. The name decided upon was “Las Flores,”  meaning The Flowers, and a very fitting name it was as one looks towards Mount Baldy and its companions, the fields in the summer time seem yellow with flowers. 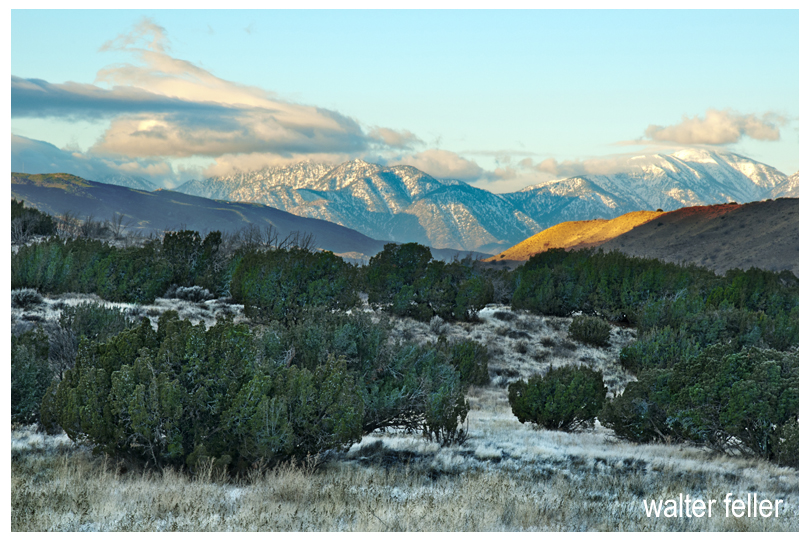 The ranch was still conducted as a cattle ranch but it was not long before the range, on which the cattle had roamed, was disputed by new settlers. In 1912, Mr. Searle  and family filed on government land for a home. Later in the same year, Mr. Blumberg’s  family moved in, then Mr. Watson, and so it has been ever since that time.

There were enough children in 1913 to form a new school district and open the school. Within the next year  a post office and store were opened. Fertile land with quantities of water upon it rock about these changes in Summit Valley.

At the present time and option is held on the holdings of the Arrowhead Reservoir and Power Company, to be closed within the next eight months. This land is to be sold with the water rights, for the purpose of irrigating 100,000 acres of land in the Victor Valley changing it into a great garden.

San Bernardino looks upon this great undertaking with interest. It will mean much to that city since this section in San Bernardino are connected by a automobile and railroad.