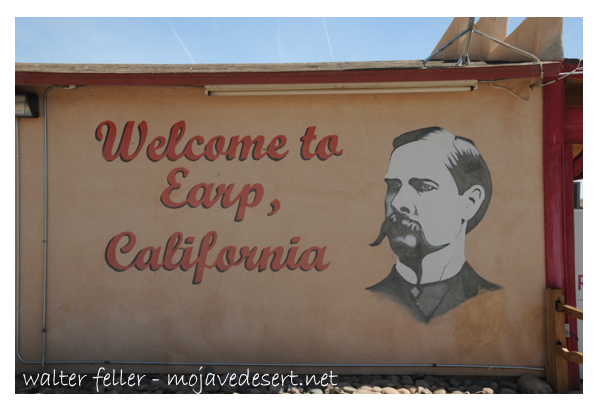 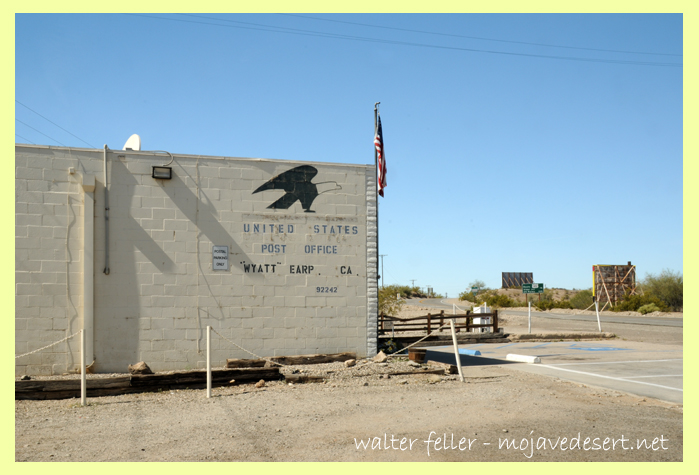 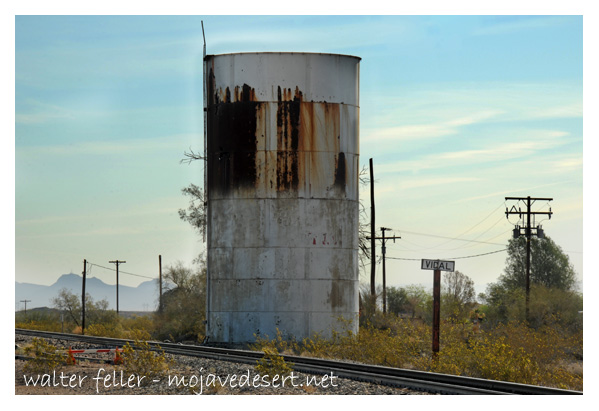 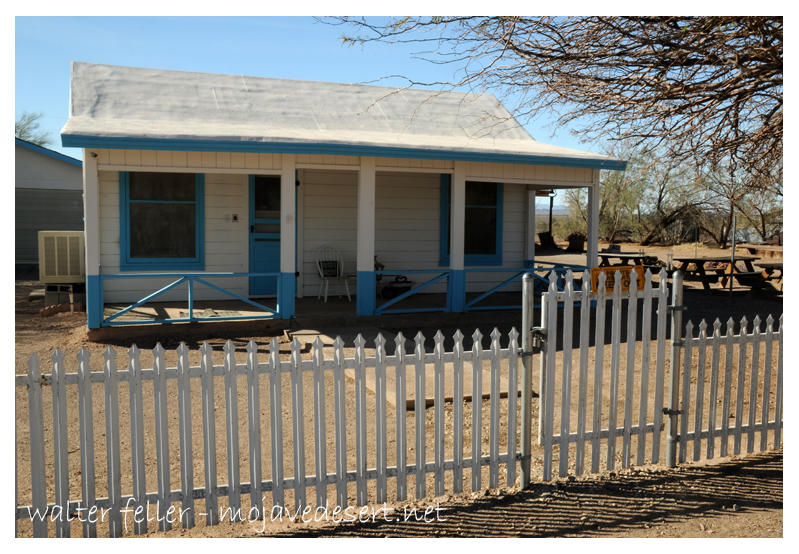 Wyatt Earp, the legendary law man, gunfighter, gambler, businessman and miner along with his wife, Josephine, inhabited this “dream-come-true” cottage from 1925 through 1928, winter and spring months, while he worked his “Happy Days” mines in the Whipple Mountains a few miles north of this site. This is the only permanent residence they owned in their long lives. 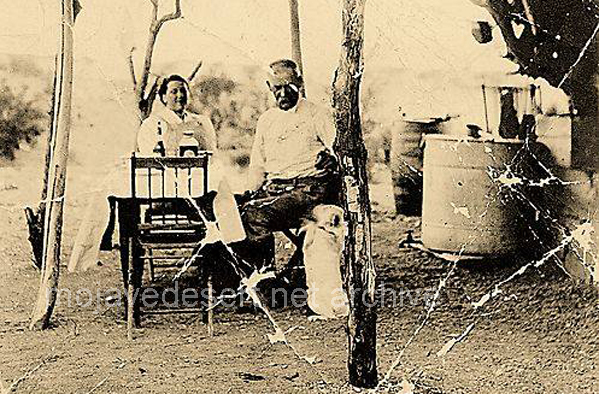 Josie & Wyatt and dog at Happy Days mine west of Parker, Az. 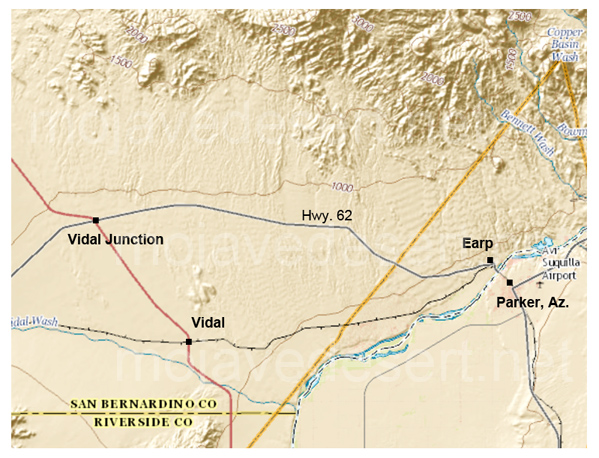