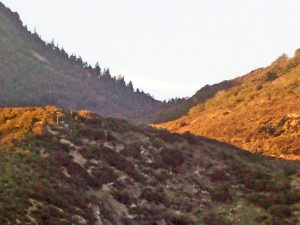 One day a wagon train rolled in off the desert to San Bernardino. On this wagon train there were four sick and hungry Paiute Indian boys.

Each one of these boys was placed with separate families in San Bernardino, and each one of the boys, living in a good Mormon home, got better.

One boy went rabbit hunting with his foster brother. There they ran into the Thomas brothers who were also out hunting. One brother got into an argument with the Indian boy. They get louder and louder then the Thomas boy raised and aimed his pistol at the Indian and the Indian immediately raised his rifle and shot Thomas. He fell over dead.

Obviously, it was self-defense and no matter how they looked at it at trial it came out self defense. The Indian was acquitted and went free. 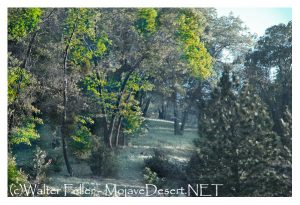 Life went on and things seemed as if things were forgotten and when it came time for the Indian boys to go home, an escort was provided for them. The escort was made up of one of the Thomas’ and several of his friends.

The party left San Bernardino and rather than going up the Cajon Pass, they took the old trail up Devil’s Canyon to the ridge then dropped down into Sawpit Canyon. The area was heavily forested and the young Paiute that had killed the Thomas boy figured out what was going on and slipped into the woods escaping. 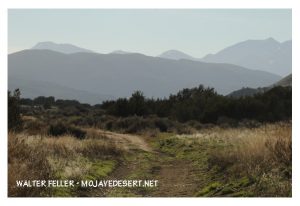 The remaining three boys were brought down into what is now the Las Flores Ranch area and summarily murdered. Then they were decapitated and their heads placed on the top of long poles.

Not much was ever mentioned of the incident afterwards most, likely because the boys killed were Indian.

A few years later a caretaker on the property found two of the skulls. He took them and nailed one to each of the gate posts at the entry to the ranch. Being the braggart that he was, he would tell the story of the Indian skulls nailed to the gate and if an Indian wanted to know what that story was, they were welcome to come and an he would happily show them.