For a few months in 1883 when the Southern Pacific Railroad was being built, the Watson post office lived out its short tenure.  Watson was named Watson for Josiah Watson who was the postmaster. When the Watson post office closed the railroad named their station Newberry.  For a few months in 1899 the Newberry post office was reestablished then discontinued.  In 1911 the post office reopened and was named Wagner after Madge Wagner who ran it.  In July of 1919 the name was changed from Wagner to Water, who wasn’t a person, but was named for the water that was pumped out of the ground for the Sante Fe Railroad’s use.  Then, years later in 1967 the name was changed from Water to Newberry Springs. No one is quite certain who Newberry was to begin with, but it could either be for either one or both of two brother named Newberry who lived near the springs, of which one was killed in a gunfight over water rights to the springs and ended up being buried on top of a hill not far from the springs. Or the name of the springs came from Dr. J.S. Newberry, a physician in the 1857 survey expedition led by Lt. Joseph C. Ives. 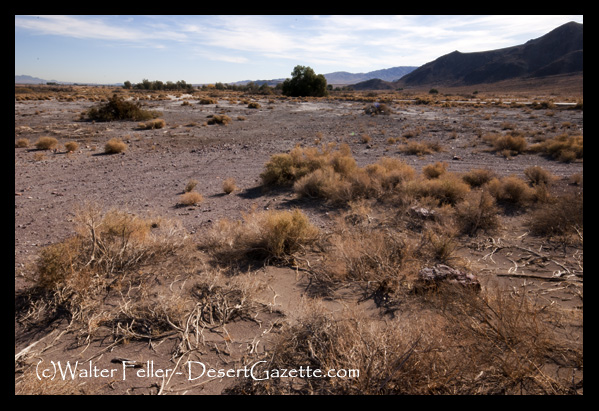