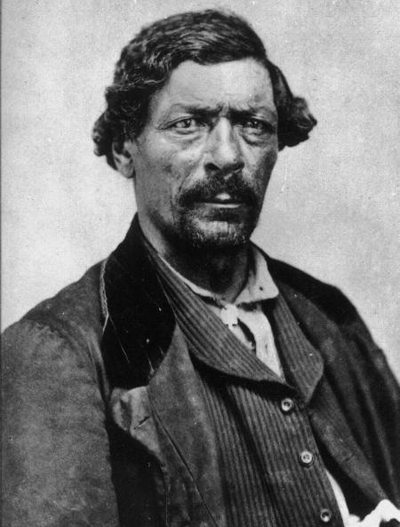 I had but little time to deliberate. My people was at war with the country I was living in; I had become security to the authorities for the good behavior of several of my fellow-countrymen, and I was under recognizances for my own conduct. The least misadventure would compromise me, and I was impatient to get away. My only retreat was eastward; so, considering all things fair in time of war, I, together with five trusty Americans, collected eighteen hundred stray horses we found roaming on the Californian ranchos, and started with our utmost speed from Pueblo de Angeles. This was a fair capture, and our morals justified it, for it was war-time. We knew we should be pursued, and we lost no time in making our way toward home. We kept our herd jogging for five days and nights, only resting once a day to eat, and afford the animals time to crop a mouthful of grass. We killed a fat colt occasionally, which supplied us with meat, and very delicious meat too rather costly, but the cheapest and handiest we could obtain. After five days’ chase our pursuers relaxed their speed, and we ourselves drove more leisurely. We again found the advantage that I have often spoken of before of having a drove of horses before us, for, as the animals we bestrode gave out, we could shift to a fresh one, while our pursuers were confined to one steed.

When we arrived at my fort on the Arkansas, we had over one thousand head of horses, all in good condition. There was a general rejoicing among the little community at my safe arrival, the Indians also coming in to bid me welcome. I found my wife married again, having been deceived by a false communication. Her present husband had brought her a missive, purporting to be of my inditing, wherein I expressed indifference toward her person, disinclination to return home, and tendering her a discharge from all connubial obligation. She accepted the document as authentic, and solaced her abandonment by espousing her husband’s messenger. My return acquainted her with the truth of the matter. She manifested extreme regret at having suffered herself to be imposed upon so readily, and, as a remedy for the evil, offered herself back again; but I declined, preferring to enjoy once more the sweets of single blessedness.

I left the fort on a visit to San Fernandez. I found business very dull there on account of the war, and great apprehensions were felt by my friends in regard to the result. Perceiving that was no very desirable place to remove to, I returned to my community. General Kearney was just then on his march to Santa Fe. I took a drove of my horses, and proceeded down the Arkansas to meet him on his route; for it was probable there might be an opportunity of effecting some advantageous exchanges. The general came up, and found me in waiting with my stock; we had been acquainted for several years, and he gave me a very cordial reception.

“Beckwourth,” said the general, you have a splendid lot of horses, really; they must have cost you a great sum of money.”

“No, general,” I replied, “but they cost me a great many miles of hard riding.”

“Why, I was in California at the time the war broke out, and, not having men enough at my command to take part in the fighting, I thought I could assist my country a little by starting off a small drove of the enemy’s horses, in order to prevent their being used against us.”

“Ah, Beckwourth, you are truly a wonderful man to possess so much forethought,” and he laughed heartily. “However,” added he, ” trade them off as quickly as possible, for I want you to accompany me. You like war, and I have good use for you now.”  …

from: The Life and Adventures of James P. Beckwourth
Mountaineer, Scout, and Pioneer and Chief of the Crow Nation of Indians