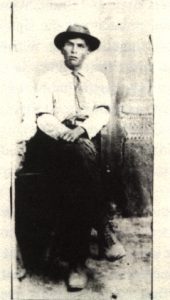 The authors have written an enlightening historical ethnography of the Willie Boy episode. By illuminating the frontier myth and Indian-hating inherent in the dominant story of Willie Boy, and using Chemehuevi ethnographic literature and oral traditions, Sandos and Burgess have separated myth from fact. This permitted them to develop a new white version based on historical documents. Importantly, they also present a Chemehuevi version of Willie Boy’s tale. Additionally they present Willie Boy’s own story relating to the episode.

In examining the development of the Willie Boy tale, including the stories told in Harry Lawton’s book Willie Boy: A Desert Manhunt and Abraham Polonsky’s film Tell Them Willie Boy Is Here, Sandos and Burgess show how Indian hating “shaped” the talc into a “triumph” of civilization over savagery. The authors persuasively argue that Willie Boy was not drunk when he killed William Mike. The story of alcohol involvement was accepted because it fit the stereotype of Indians who turned to liquor to solve their problems. Sandos and Burgess also suggest that one of the Indian trackers accidently killed Carlota.

After determining that Willie Boy was a mixed blood Chemehuevi and raised in that culture, the authors were able to use Chemehuevi cultural data and oral tradition to explain certain elements of Willie Boy’s story. Knowledge of Chemehuevi culture and its impact on Willie Boy make his ability to outrun the posse understandable. Sandos and Burgess indicate that bride capture, an important component of the standard story, was not practiced by the Chemehuevi. They indicate that this practice and the alleged kidnapping of Carlota was an Anglo creation. Instead she accompanied Willie Boy as a free agent who loved him and was willing to break with her culture and family by violating the tribal kinship taboo prohibiting their marriage. Although both Lawton’s book and Polonsky’ film tell about the taboo and an earlier alleged abduction of Carlota, neither are seen as significant. Sandos and Burgess explain why. 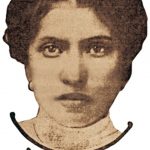 Based on circumstantial evidence, Sandos and Burgess determine that Willie Boy was a Ghost Dancer. If one accepts their conclusion, which this reviewer found somewhat tenuous, then the authors’ reasoning that Willie Boy’s Ghost Dance beliefs influenced his behavior and the actions of William Mike is also plausible. In discussing the murder of William Mike, the authors suggest that one of the reasons Mike opposed the marriage of his daughter to Willie Boy was that Mike, a shaman, rejected the Ghost Dance. Acontest over spiritual power was involved. Sandos and Burgess also maintain that Willie Boy’s suicide is understandable given the influence of the Ghost Dance. Countering the myth surrounding the events occurring at Ruby Mountain, the authors convincingly argue that Willie Boy had no reason to surrender and that he that he could have easily escaped. They speculate that Willie Boy learned of Carlota’s death at Ruby Mountain and that he committed suicide that night in order to be with her. According to Ghost Dance teachings, the best time to join the dead was shortly before dawn.

Although the author’s historical analysis is critical to explaining Willie Boy’s story, the major contribution of The Hunt For Willie Boy is its integration of Chemehuevi culture and oral tradition. 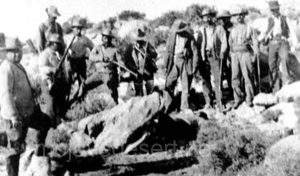 The Legend of Willie Boy