In its heyday Calico was wild and the duties of Sheriff and Undertaker were numerous.

One morning the Undertaker found a dead donkey in front of his porch. He called on the Sheriff and asked him, what he should do with the body.

“Bury him, you’re the undertaker aren’t you or are you an Ass too?”

“Yes, yes, I know, but it’s the usual thing to notify his nearest of kin, are you sure you do not feel you should send flowers?” — As told by Calico Post

Tom Dibblee was born in 1911 in Santa Barbara, California. He first became interested in geology in 1929, when his father hired a geologist to investigate the oil potential on the family property. After Tom graduated from Stanford University, he spent 16 years working for oil companies and then 25 years working for the U.S. Geological Survey. Much of this time was spent alone in the field making geologic maps of California. Tom retired in 1977 and became a Research Associate with the University of California Santa Barbara, and, at the request of the U.S. Forest Service, he began mapping the 1.2 million acres of the Los Padres National Forest. During his career, he mapped over 40,000 square miles of  California (about a quarter of the state), a feat that probably will never be equaled. Tom was the first man to map the entire San Andreas Fault. In fact, his early work  on the fault indicated that it had moved more than  300 miles, and this became a critical piece to  understanding plate tectonics.

The nonprofit Thomas Wilson Dibblee Jr. Geological Foundation was created to publish and distribute his maps.

Tom received the U.S. Geological Survey Distinguished Service Award in 1967, the American Association of Petroleum Geologists’ Human Needs Award in 1981, and the Presidential Volunteer Action Award from President Reagan in 1983.

Q. Where do I find gold in the desert?

Q. Have you ever done any prospecting?

If you’ve ever wondered what a young cottontop cactus sitting in the shade of a hedgehog cactus at the last second or so of direct light during sunset, what that looks like- This is a picture of that. 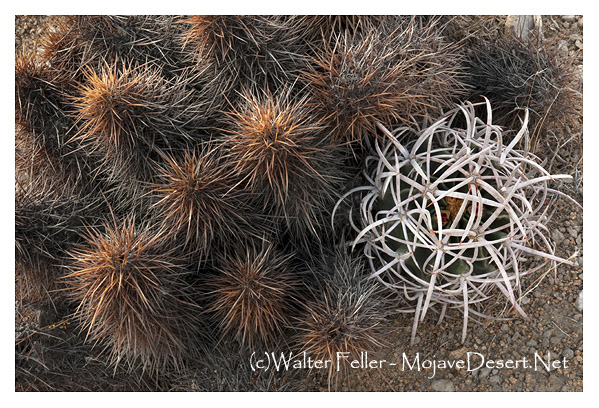 Cactus of the Mojave Desert

A common resident of Colorado and Mojave Desert regions of southeastern California. Preferred habitats include desert riparian, and a wide variety of other desert types, especially near streams, springs, and water holes. 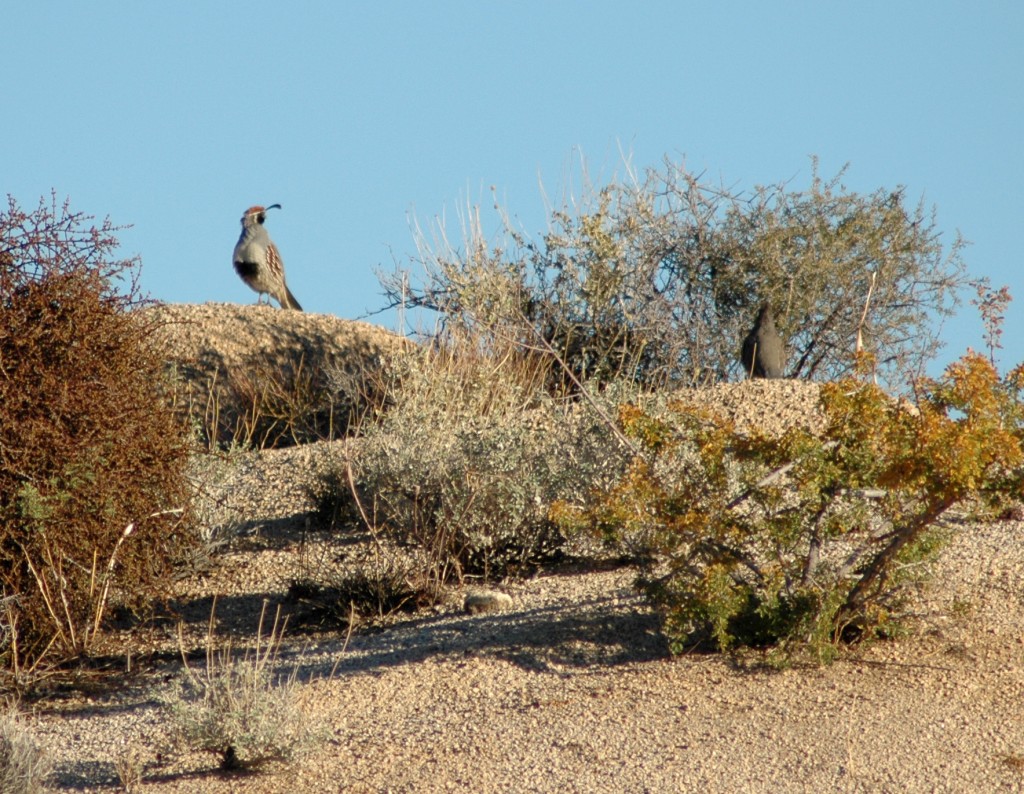 Check out how I made this into a story relevant to the desert:

I suppose they way everything went is for the better. $25 can be a lot to lose, especially for a kid. Reluctantly, I admit, my wife, who by the way, is always right, did the right thing. Thinking about it, if I would have used the money to buy enough gas to drive 150 miles out into the desert, well, how would I have been able to buy the gas to drive back?

Atlatl:  An atlatl is a throwing stick that essentially extends arm length to assist in throwing a dart harder and farther than one normally would in hunting and warfare with a spear.  This tool was used for thousands of years prior to the bow and arrow which was in use for only the last 900 years or so. I’ve had the opportunity to try using one 3 or 4 times in target practice–sort of I say “sort of” because the very first time I used one I went after live game.

I was on an archaeology field trip and we broke for lunch.  Food was provided and substantial consisting of bologna sandwiches, chips, a piece of fruit and some soda pop. The site archaeologist was running a little late, so our guide decided to let us try throwing with the atlatl he had made.  One after another the members of our group took turns. I watched carefully and when it came to be my turn I was ready.  All of a sudden, a pickup drove up and the archaeologist started to get out.  He was about 50 yards away.  He started to get out of the truck and as the door opened I hurled the dart hard and smoothly.  I was aiming for the meaty part of the archaeologist’s thigh.

All I’ve heard about hunting man was true. It was exhilarating and exciting.  He was considerably larger than me and bagging him would have been a rush.  Unfortunately, a kill would not be the case on that day.  The dart landed short of him and went point first into the ground then fell over flat.  Now the predator had turned into the prey.  For me it was either fight or flight.  My back was against a rock wall. As I mentioned, he was larger than I, so I tried the only defensive move I could think of.  I yelled, “Oops!”

I’ve never heard a professional laugh so hard.  I didn’t know they could.  Usually I’ve found them to be quite stolid and impassive to my attempts at humor. Apparently he did not feel threatened.  Good thing he didn’t realize my intention. I could have killed him, or at least bruised his foot.

It all turned out well considering the circumstances.  Rather than be banned or shunned from the group he paid special attention to me the rest of the day making sure all of my questions were properly answered. He kept watching my hands though. He turned out to be a pretty nice guy.  Very sorry I tried to kill him.