Philemon’s mother hearing that we were coming started out to meet us but got on the wrong road, missed us, and had to walk back a long distance — we were about two weeks making the trip and the worry of it all must have told on me for when my sister-in-law first met me she said “is this you, Cyrena, or your ghost?”

About a week after I got back, my two children were taken sick with chills, then I was sick; then baby took croup and only lived about 12 hours, dying on the sixth of September.

I let father and mother Merrill take my fitout (of wagon, oxen etc,) and they went on with the first company that went to Salt Lake in 1847, but I stayed here at Kanesville until my husband’s return on December 11, 1847 from Battalion.

He spent his time in getting land warrants for the Battalion Boys and assisting Brother Young to get emigrants across the plains.

In the spring of 1849 Brother Young having sent our teams back Salt Lake we fitted up and crossed the plains. Now we were really going to Zion and as our hearts were filled with gratitude to our Heavenly Father for His love and protecting care, we were enabled to endure all our trials with cheerful fortitude. Our faith was strong — we loved each other and lived in unity and we were blessed abundantly, and our souls often rang out on the prairies.

While passing through the Rockies we encountered severe snowstorms in many of our cattle perished, but again the Lord helped us, for father Merrill sent a team with a nephew to assist us into the city of Salt Lake.

Our first stopping place was in Salt Lake City where we built a log cabin in the Southwest or 19th Ward stayed here until 1857.

On the Big Cottonwood 7 miles from Salt Lake City, our first Utah baby, our second boy, Morgan Henry was born on February 17, 1850. And when he was three weeks old we moved into the 19th Ward of the city and my husband again left me alone with my little ones.

Houses then were scattered and the measles broke out among the Indians and they would rush past our cabin howling and screaming — run and jump into the warm springs and then take cold and die — then others would bewail and screech — and at all times of the day or night their howls or mournings rent the air and my hairs would stand on and from fright; the only times I ever slept that night was one of my brothers-in-law would come up from Cottonwood to stay a while.

Philemon had gone back to the Platte River to keep the ferryboat.

A description of events in one day in April of 2010 while I worked as a volunteer at the California State Poppy Reserve in Lancaster, CA.

I was working the trails one hazy midday when two very excited young gentlemen came running toward me and told me that their uncle had stepped on a snake and it had bit him. The uncle, limping badly, looked pasty-pale and with his friend and brother made their way into the visitor center after once again telling me the man had stepped on a snake. The victim’s brother (as I found out later) while closing the door whispered to me, “He didn’t step on it, he kicked it to get it out of his way.” 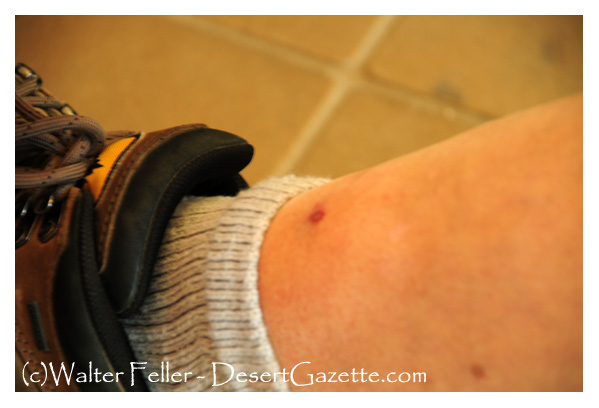 First, I inspected the wound.  Yep, it was a snake bite hole. Next, I asked if he knew what kind of snake it was, or what it may have looked like. He told me, “It looked like a snake. I told you that already.”  I bit my lip. He was regaining color. 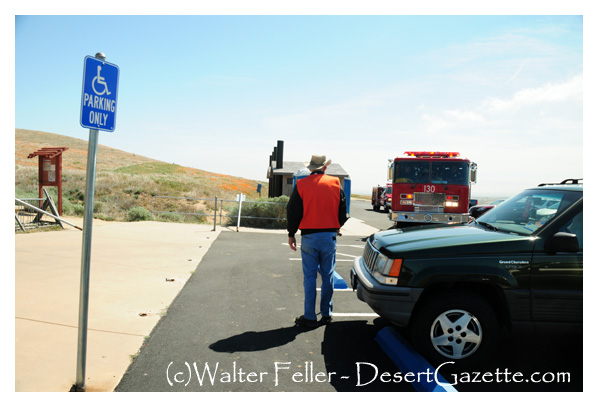 Since I’m not a doctor and I felt the patient was being a jerk I decided a medical professional would have to take it from this point. I called 911. It takes about 20 minutes or so for emergency response vehicles to get from Lancaster to the reserve. The dude was looking better and looking at me as if he expected me to suck the poison out of his leg. “Not my job,” I thought. There were other volunteers there that were far more capable than I, so I went out with my buddy Morris (Volunteer of the Year) to stand in the parking lot. 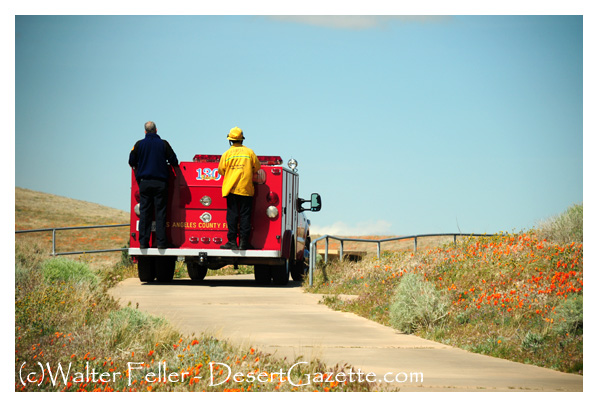 The fire truck came first with a support vehicle, whatever they call the service truck that follows. The fire truck couldn’t make it up the sidewalk to the visitor center, but the smaller truck could. I wanted to ride on the back too, but I didn’t ask. It looked like fun. 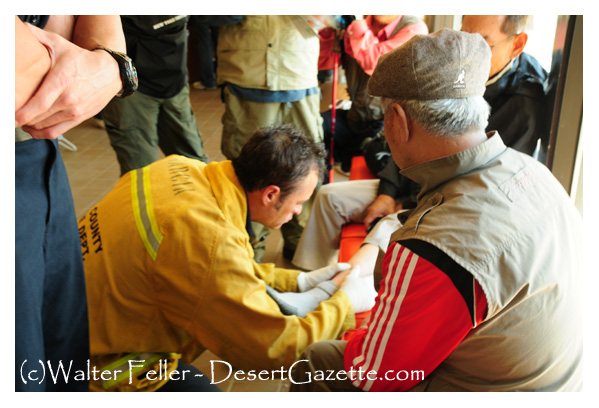 The paramedic rushed into the building with about a dozen other personnel and did a triage-type-thing. Assessing the wound he confirmed my suspicions that it was a snake-made-hole in his leg. 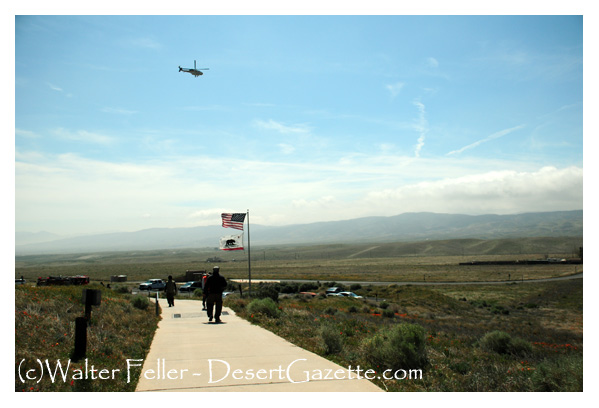 Next, the helicopter came. There was no place to land so it went away. That would have been so cool to see the guy get a ride in that. I would have asked if I could go with them, but I would have had to walk back.

So they took him away in an ambulance. 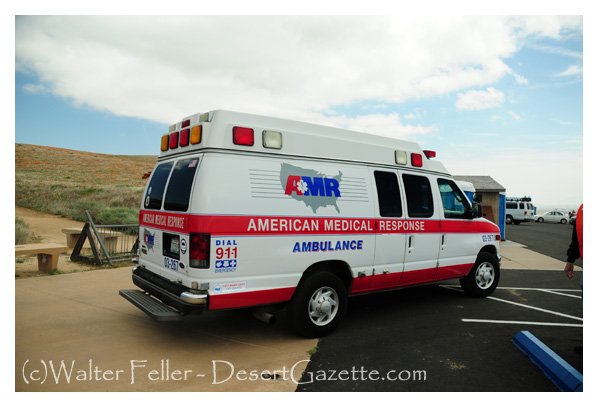 My shift was over then. So I went to my brother’s house to stay the night with him. I hope the snake is alright. I can’t see how the guy with his little-skinny-toothpick-legs could have kicked it hard enough to hurt it. Good example though. Nobody else kicked a snake for the rest of the season. One of my best times ever, so far, yet.