“During his years at the upper crossing, Captain Lane, as Aaron was known throughout much of his life in California, had ample opportunity to discover where the richest farmlands lie along the Mojave River.”

Pioneer of the Mojave – Green Gold and Mint Juleps 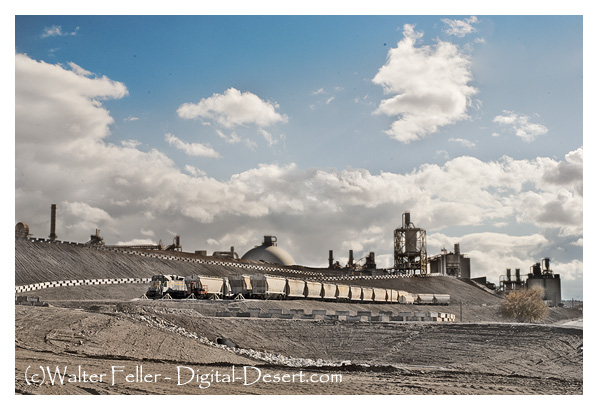 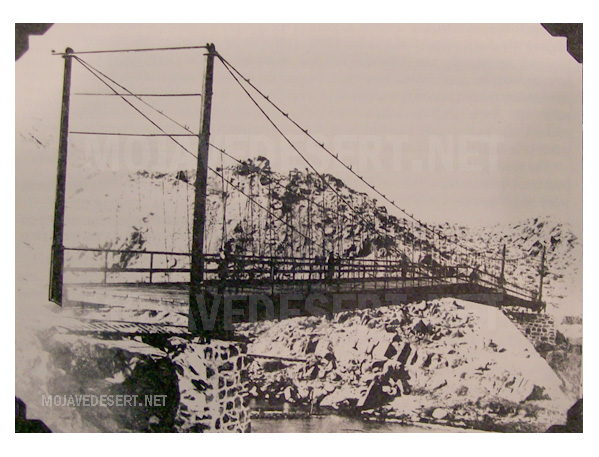 In 1890 a bridge was to be built across the Mojave River.  The location just north of the upper narrows rather than further downstream at Oro Grande was chosen.  A few days before the bridge was completed the county supervisors and an engineer visited the structure for inspection. The engineer was disappointed in the fact that the suspension bridge failed to meet specifications and could not do the job it was designed to.

The bridge was finished and prior to opening to the public a physical test was to take place.  A large ore wagon loaded with 8 tons of rock and a trail wagon were pulled across the bridge by a boy, Austin Ellis, driving an 18 mule team.  He made it. There was a lot of clapping and yelling and celebrating when all of a sudden a pillar collapsed and a suspension cable “disappeared like magic, sending up a volcano of dust. The bridge collapsed dumping the wagons, mules, the boy and five men and boy into the river 50 feet below.

Hesperia could build houses out of marble from near Victor Station–Hesperians could live like Roman gods!!!

A short time since it was announced that a large ledge of marble had been discovered near ”Victor Station on the California Southern Railroad near Hesperia. Mr. J. J. Clarke is Manager of the quarry and C. A. McDuffie is foreman of the works.

In opening the quarry and clearing away the debris that had obscured the most of the ledge Mr. McDuffie found the marks of the drill where large masses of the rock had been quarried out in ancient days, but by whom no one knows. A Herald reporter interviewed Don Pio Pico concerning the matter, but though be bad been Governor of California when It was a Mexican province and had lived in Southern California for 86 years, he knew nothing about it and no one knows what was done with the stone that was wrought from the quarry. It has been conjectured that the Franciscan Padres obtained the marble for tombstones, but no one knows where the tombstones are that resemble this marble which is white and very hard, formed of very large crystals.

Mr. McDuffie yesterday presented the Herald with a piece of this marble with one side finely polished. With the facility of quarrying this rock into large blocks at small expense, it is thought that the houses of Hesperia can be made of this stone in the rough cheaper than with lumber, so each settler can dream and dwell in marble walls. This quality Of rock will make very fine lime for building purposes. A company is being formed to day to open this quarry and deliver the stone in this city. Not far from this quarry is a quarry of the most beautiful granite in the State This has been opened and the stone is being brought to Los Angeles for building purposes.