“These Indians are Pa utch but not as wild as those above the Mt. their women and children did not run off. I saw at their Lodges a large cake of rock salt weighting 12 or 15 lbs and on enquiry found that they procured it a cave not far distant.” 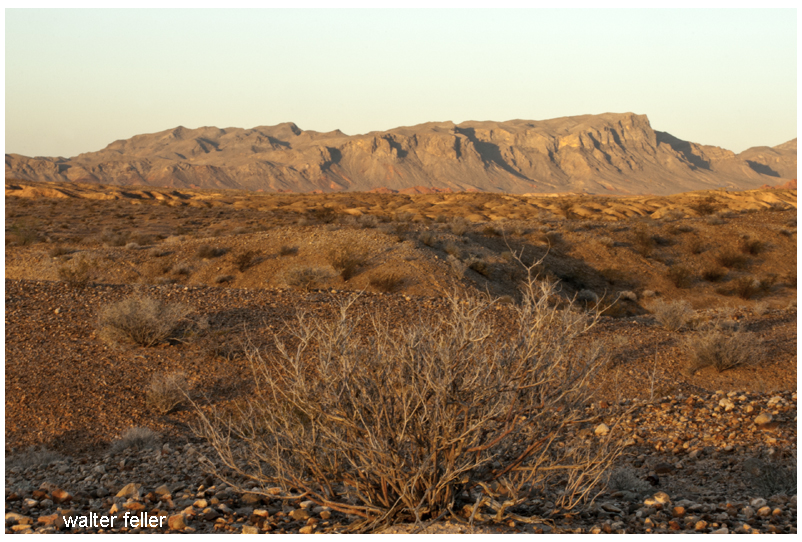 “I turned off to the right across a level piece of ground about 1/2 mile to the foot of a hill which appears to be two or three mile long and 100 or 150 feet high its course being about parallel with the River which is here running S E or E S E.”

“One of my men found a singular substance Some hard and transparent pieces of stone about twice as large as a large pea were firmly fixed in the side of a flat stone. Appearance of an abundance of Iron ore are seen here. and most certainly if a country produces minerals in proportion to its barrenness this must be rich in mineral productions.”

In 1839, Cucamonga Rancho was granted by Gov. Juan B. Alvarado to Tiburcio Tapia, a prominent businessman in Los Angeles, serving just then as alcalde there. like old Don Antonio Maria Lugo, Tapia was a native born Californian and had been a corporal in the Presidio in Santa Barbara. During the Indian revolt in 1824 he was head of the guard at Mission La Purisima, and conducted himself with credit there. He had held various public offices afterward. He was prefect in 1840 during the great Chaguanoso raid on Southern California stock, and directed the pursuit of the robbers.

California archives abound in references to this outlaw raid of 1840, the greatest robbery of California stock that has occurred in the history of the state. It furnished all Southern California with thrills for weeks. On May 14, Juan Perez administrator of Mission San Gabriel, electrified the dozing occupants of the office of the alcalde at Los Angeles with the announcement that Chaguanosos had just robbed the mission of three bands of mares. Reports of similar losses at other points followed. Shortly, and great excitement developed. Three armed parties when pursuit of the ladrones; the first party, under Ygnacio Palomares, setting out the very next day. Palomares was from Rancho San Jose adjoining the Cucamonga Rancho.

Two days later Felipe Lugo, one of the two Los Angeles justices of the peace, sent a formal notice to every outlying judicial officer and every rancho mayordomo that horses add stolen from San Gabriel to San Bernardino, and that men were needed to reinforce the party that had gone out with Palomares. With these notices went a list of men delegated to this task, and a warning that anyone failing to respond would be fined 20 pesos. Men were drafted from every rancho. Apparently some of the calls came after the quotas had been furnished; for an unsigned letter from San Gabriel to Justice Lugo states that the mayordomo, four vaqueros, and seven men armed with bows and arrows had already started and the Mission could send no more. The party to reinforce Palomares left under command of Juan Leandry, the second Los Angeles justice.

Four days after receiving the news of the robbery, Prefect Tapia notified Justice Lugo that inasmuch as it was imperative that more men be sent to the two expeditions in the field, and since a third-party was proving hard to raise, he was ordering that prisoners in the jail be set free under the bond of the commander. Next day the names of three prisoners released on parole were made public.

Ill fortune followed Palomares’ party from the start. On the fourth day after his departure, Leandry, presumably on his way to join him, received word that Palomares had encountered the bandits and had been worsted by them. On the next day, five days after the raid, the third party set out, under José Antonio Carillo.

Palomares’ party evidently scattered after its defeat, four, on the same day that the third-party left Los Angeles, Ygnacio Alvarado, of the San Jose Rancho, sent word that two of Palomares’ men had arrived there. Their encounter with the robbers had been on the other side of the “Monument,” a great natural landmark about 12 miles northeast of Rabbit Springs on the Mojave Desert. The outlaws were evidently heading for the caravan trail at what was later called Fork of the Roads. They must’ve crossed the Mojave River east of the present village of Daggett, near Newberry.

The Spanish custom of making wordy reports of all official doings shows throughout this affair.in fact one is tempted to believe that report making was an important part of the entire pursuit. Palomares reported on May 19, after his defeat, that he had arrived at (Old) San Bernardino with eight of the 23 man that had gone out with him; that in the attack on the Chaguanosos one white man and one Indians had been killed and one other man wounded; and that their mounts had been either killed or taken from them when they were retreating from the Rancho de las Animas, a cienaga south of what is now Victorville. Evidently the robbers had ceased for a time to be fugitives and had turned pursuers, and Palomares’ retreat from then on had been on foot.

Leandry reported on the 20th that he had joined Palomares at San Bernardino and midnight the night before with 18 men; that their combined forces numbered 26, all supplied with firearms and cartridges; and that they had proceeded to Cajon Pass where they were then awaiting further orders. He stated that until the day before a detachment of the enemy, numbering as high as a hundred, had occupied the camp where he then was.

On May 22, Carrillo reported from a place he called “Campo de la Puente”– that a reconnoitering party of 10 had left him at 8 o’clock in the morning of the day before to spy upon the enemy. While the party was then about 10 leagues from where he was writing, while awaiting the arrival of ammunition and arms from Los Angeles preparatory to continuing the pursuit. He reported that he had 225 horses, 75 good men, 49 guns, nine braces of pistols, 19 spears, 22 swords and sabers, and 445 cartridges, all in good condition.

From now on he seems to have been in command of the entire pursuing party which, according to him, consisted of “80 citizens.” In his report of June 1, made after the grand chase was ended and he had returned to Los Angeles, we find his account of the campaign. Justice Leandry had been with him and had also sent reports regularly. What became of Palomares does not appear. The ammunition Carrillo had been awaiting evidently reached him, and he had joined the reconnoitering party.

From the tracks of the robbers’ party he decided that they were driving about 3000 stolen animals and were traveling directly north. At 8 o’clock on the morning of the 24th, he had reached a place he called “Ojo de Agua de la Mesa,” where the tracks were very fresh. This was probably what is now called Bitter Springs.

The party left their baggage and their extra horses here, and on writing about six leagues farther, cited an enemy outlook. They chased him to the mountain, but he escaped from them. At four in the afternoon they noted a cloud of dust in the distance, and saw that the horses were being driven in separate bands. A little before sunset of the 25th, the rearguard of the robbers was surprised at a place called “Agua de Ramon,” a point reported by Leandry as about 100 leagues from Los Angeles. It was probably either Resting Springs or some spring in that vicinity.

Carrillo reported that this rearguard consisted of 20 riflemen; and according to Leandry, who claimed to have found a list of their names in an abandoned coat, they were citizens of the United States. Carrillo wrote that, I’m being warned of the approach of the pursuing party, the bandits fled precipitately, leaving saddles, clothing, and cooking utensils, while along the road lay about 1500 of the horses that had perished from thirst and hunger. Leandry wrote that in their flight the outlaws abandoned even their hobbled horses. Carrillo explained that his party had not pursued the robbers farther because of the exhausted condition of their own mounts and the lack of food. Leandry reported their return to Los Angeles on May 28, and ended with the comment that the robbers gained very little from the raid, since in the marches, made a full speed without water, they had lost more than half the horses. The pursuing party gained even less. Thus ended the affair that through all Southern California into a fever.

There is nothing in the archives to indicate who the Americans in this raid were. Bill Williams and Peg leg Smith have been mentioned as possible leaders, and there are reasons for believing that one or both of them were at least connected with it.