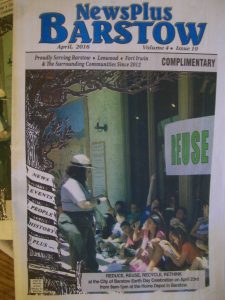 ny greenhorns, tenderfeet, other such neophytes and newbies believe the desert to only have two seasons- the blazing summer and the barren winter.  This is not entirely true. We have four seasons, but the differences between them are subtle.

These seasons are not marked between themselves by wildflowers blossoming, green summers, colorful fall foliage, or snowy winters, but by another power of nature—the wind. And no matter what the season, there is always the wind–the ever-present wind.

There is the Spring.  The air goes from warmish to hot and the days are windy, of course.  The Summer follows and its hot air dries and burns as the wind whirls and convects under the blazing sun. After the long summer there is an entire season we call simply, “Wind,” known to outsiders as autumn or fall.  Then there is the fourth season, the one we rarely speak of for fear of cursing ourselves. We call this season, “More Wind.”

It is in this 4th season in which the events that I wish to tell of occurred.

One windy day I followed a dirt road I had not traveled before. I drove by a ranch and on this ranch, I saw a scrawny chicken laying an egg.  It was so windy in fact, that the egg rolled right back up into this poor bird and it laid the same egg again as I passed.

I drove further up the road.  It became even windier with every mile and darker. I decided to start my way home. I turned on the headlights. The wind was so strong that it bent the beams right under the truck.  I could not see a thing.  After a minute or so of considering my options, I figured the only way to see where I was going would be to turn the truck around and back up all the way home.

So, as I am backing my way home I go by the ranch with the chicken I had seen earlier, and there the flustered fowl laid that very same egg two more times.  I felt bad for the chicken and the egg so I stopped and rescued them both from the relentless and brutal wind.

I was so hungry from my day of challenges in the desert that when I got home I cooked the chicken for my dinner and in the morning I had a scrambled egg for breakfast.