From the diary of Sarah J. Rousseau , 1864:
Regarding traveling with Indians across the Mojave

Sunday, November 6 … The lava that has been thrown out looks like cinders. The mountains, some of them have a grand appearance, some a red color while others have a white appearance. Some of them I think must be 400 feet high. This canyon is called Diamond. at the mouth it takes us into Santa Clara Valley which we traveled through and down a pretty dangerous hill to Santa Clara Creek where we got food and shelter for horses. Here came a number of Paiute Indians. they are a tribe that is very fond of horse flesh to eat, and will steal anything they can lay their hands on. We have came today 20 miles. 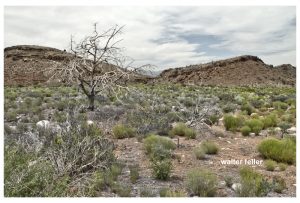 Monday, November 7. Started from camp late this morning. It is a cold, windy time. The Dr. had to prescribe and deal out medicine for a little child that belonged to a Mormon Bishop. About breakfast time a number of Indians came to the camp and we gave some their breakfast. When we started four of them started with us, three of them on foot and one on horseback. They are miserable looking creatures. Some of them almost entirely destitute of clothing. I believe it is their intention to go to the Muddy with us. as for me I would rather have their room than their company. I am afraid of them. We have crossed the Santa Clara 15 times this morning, and have now camped. It is cold and windy, a real disagreeable time. 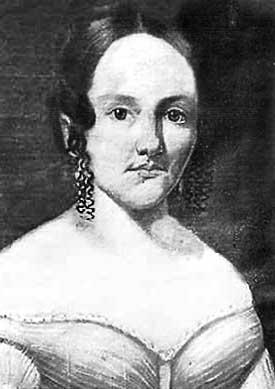 Tuesday, November 8. A cold blustering morning, the wind blowing hard all night. Started from our camp rather late with an escort of from 10 to 15 Paiute Indians. Last night two of them stayed with us as prisoners. Our guide, Mr. Hatten, said it would not do to let them leave camp after dark, as they might get some other Indians, come back and do us some mischief. We started from camp with five, which increased to 15 of them. We crossed the Santa Clara this morning 14 times in after going 12 miles made a dry camp at Camp Springs, having filled our kegs the last crossing place. the Indian chief told the guide we must all give them something for traveling through their country, to renumerate them for using water and grass. We all gave them some flour. We intend to let them have the care of our horses tonight, they are going to take the cattle as well. The Chief with four others we kept as prisoners till morning when they bring back the stock. Then they will be free. 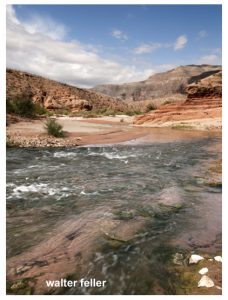 Wednesday, November 9. A pretty warm morning. Started from camp about sunup. The Indians brought back the stock safely back. Left camp with our escort, traveled over some rough roads till noon. This afternoon the road’s much better. Passed over the summit between the Clara and Virgin, went 5 miles in the canyon and camped. Some grass for the stock but no water. 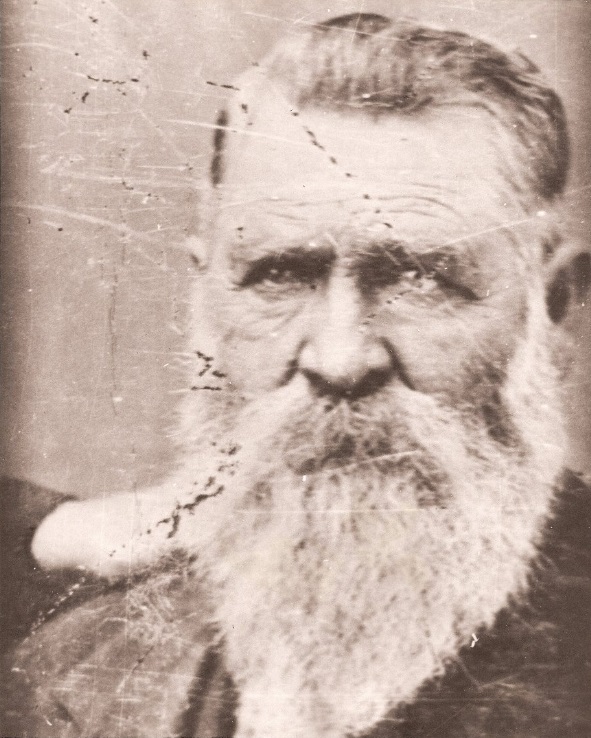 Thursday, November 10. A cool but pleasant morning. Last night the Indians were prisoners again. They left the stock go on to the mountains to feed. We fed five among us. All are willing to do so but Mr. Earp. He swears and cuts up about it, although he derives the same benefit as the rest of us. I fear he may cause us some trouble when we get to the Muddy. … “