When I came over here three months ago, I brought four copies of Desert with me. Needless to say they have become rather dogeared as I have read them from cover to cover several times, and passed them around to my friends who have enjoyed them immensely. 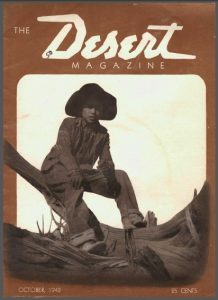 The last day I was in sunny Southern California (it rained all the time I was in Frisco waiting to embark), I made one last sojourn to our desert retreat—the summit of Cajon pass. Few people know of this unique retreat, except those who pass by on the trains, and then all they see is a street-car tucked away on the side of a hill, 200 yards from the tracks.

The street-car is the former Los Angeles railway’s funeral car Descanso. A group of railfans, known as Railroad Boosters, became interested when it was known the car was to be scrapped, and decided something should be done about it. So far as we were able to tell the Descanso was the only funeral car in existence, and to delegate such an ornate car to the junk heap was not a very fitting end. The L. A. railway then told us that if we could find a place to put it we could have it as a sort of museum piece. After several months of scouting around, we decided on summit. On July 4, 1940, the Descanso was hauled up to summit by flatcar on the Santa Fe. Eight of us spent a very strenuous day unloading the car. It weighed 18 tons. 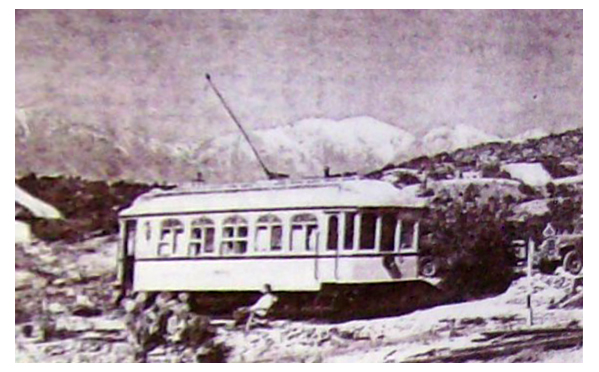 Chard Walker watching trains pass from the terrace beside the Decanso in 1954. From his book, “Railroading in the Pass”

Three weekends were spent in getting the car to its present position, by the tedious process of laying a section of track in front, pulling the car up with a truck by means of block and tackle, then picking up the section in the rear, placing it up front again, etc. Then began the process of scraping off the old paint, removing the seats, and taking out a few of the unnecessary controllers, etc. 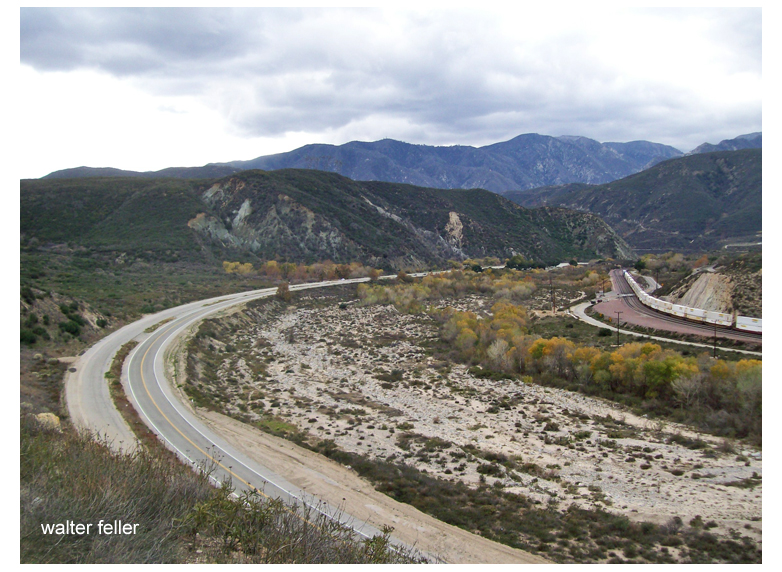 In the two years that have passed since its arrival at summit, the Descanso has gradually transformed from a dirty looking old streetcar, to that of a newly painted, well furnished cabin. From the exterior it still has the same general appearance of a streetcar as it still is on wheels on a section of rail, the trolley is still up, and still has the stained glass in the upper halves of the windows.

Quite a change has taken place on the interior though. Only two of the original seats are left in place with a folding table in between. A pot bellied stove, and a wheesy old phonograph well stocked with records, dominate the center of the car, while an icebox, a few chairs and another table and a small but complete kitchen take up the rest of the available space. Eventually we may put some folding bunks in one end, but due to material shortage, we content ourselves with sleeping on the floor in our sleeping bags. 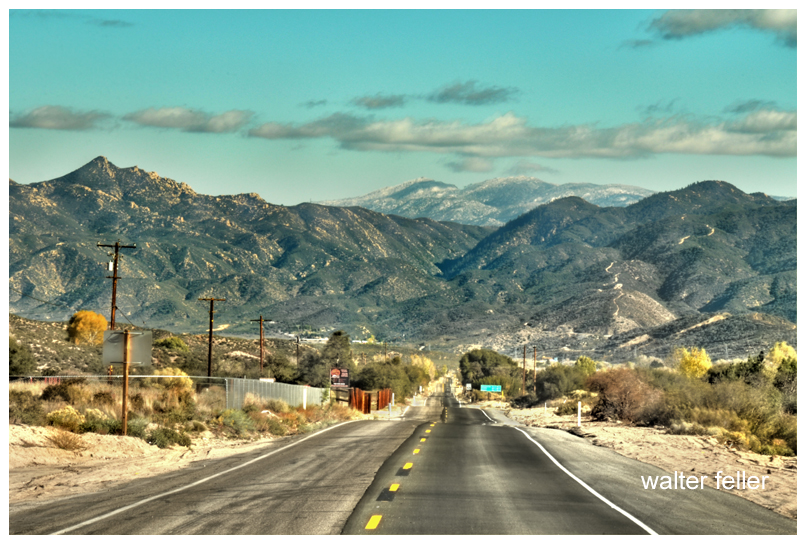 We find it an ideal spot to go on a weekend, either as a home camp for a small hunting expedition, or for hiking up and down the railroad, the mountains, or just to lie around in the sun and watch the trains go by.

For anyone wishing to visit Summit, just go up Cajon Pass on U. S. 66 to Camp Cajon, and turn east (right if leaving from San Bernardino). This road is known as the back road to Arrowhead. It’s about five miles from 66 to Summit which can’t be missed as the road leaves the twisting mountain road onto the level Summit valley road. Off to the left about a quarter of a mile is the railroad station of Summit with its scattering of section houses and the post office. The Descanso is directly behind the station. 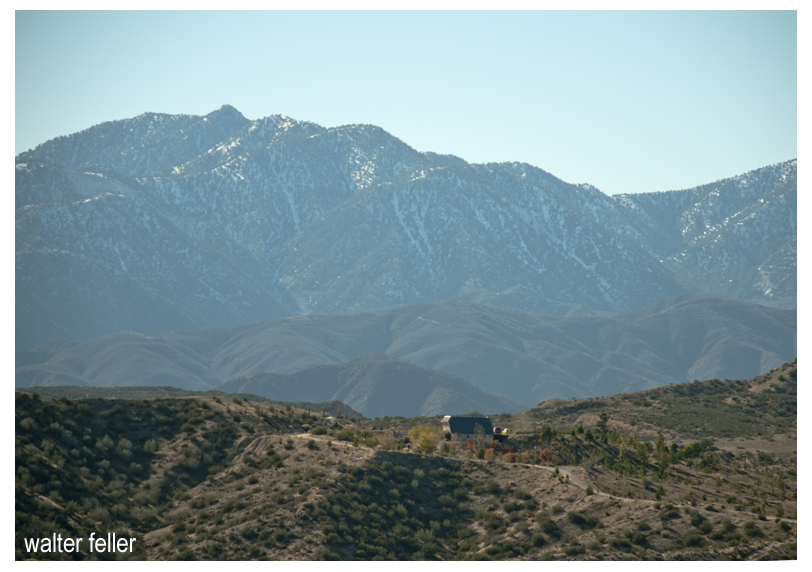 In closing I wish to extend a cordial welcome to anyone visiting Summit, and wish I could be there and meet them personally. Until the war ends I’ve got to be content to visit the desert via Desert Magazine.