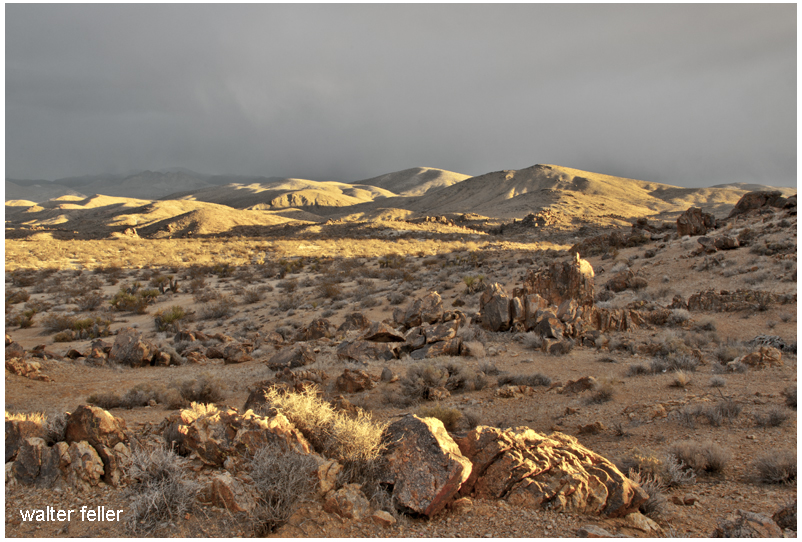 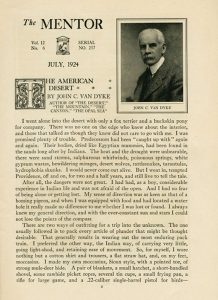 I went alone into the desert with only a fox terrier and a buckskin pony, for company. There was no one on the edge who knew about the interior and those that talked as though they knew did not care to go with me. I was promised plenty of trouble. Predecessors had been “caught up with” again and again. Their bodies, dried like Egyptian mummies, had been found in the sands long after by Indians. The heat and the drought were unbearable, there were sand storms, sulphurcous whirlwinds, poisonous springs, white gypsum wastes, bewildering mirages, desert wolves, rattlesnakes, tarantulas, hydrophobia skunks. I would never come out alive. But I went in, tempted Providence, off and on, for two and a half years, and still live to tell the tale. After all,

the dangers were not great. I had had, as a boy, considerable experience in Indian life and was not afraid of the open. And I had no fear of being alone or getting lost. My sense of direction was as keen as that of a homing pigeon, and when I was equipped with food and had located a water hole it really made no difference to me whether I was lost or found. I always knew my general direction, and with the ever-constant sun and stars I could not lose the points of the compass There are two ways of outfitting for a trip into the unknown. The one usually followed is to pack every article of plunder that might be thought desirable. ‘chat generally results in wearing out the most enduring pack train. I preferred the other way, the Indian way, of carrying very little, going light-shod, and retaining ease of movement. So, for myself, I wore nothing but a cotton shirt and trousers, a flat straw hat, and, on my feet, moccasins. I made my own moccasins, Sioux style, with a pointed toe, of strong mule-deer hide. A pair of blankets, a small hatchet, a short-handled shovel, some rawhide picket ropes, several tin cups, a small frying pan, a rifle for large game, and a .22-caliber single-barrel pistol for birds—