I had heard that the rocks in the Sawtooth area were of an unlikely composite origin.  So, I asked a friend to send me an abstract of the geology (as if I would understand it).

The following abstract seems to indicate that the geologic complexity of this area is more intricate than even geologists previously thought.  It looks as if there are several kinds of rocks introduced through widely varying events from as far back as 1.5 billion years up to as recently as 66 million years ago combining unlikely materials to form the obviously unique Stoddard Ridge.

Now, since I have mostly no idea on what I am talking about I will keep going out there and studying the area to see if I can ever understand it. 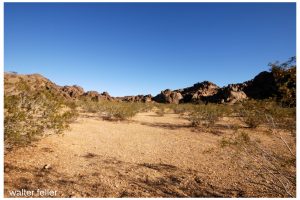 Stoddard Ridge is a prominent landmark south of Barstow California in the west central Mojave Desert area. The 35 square mile area was mapped in detail at a scale of 1:12,000. The geology is far more complex than depicted on all older published maps. The new mapping adds significant new data regarding the variety of rocks present, and adds new details on the geologic structure and complex geologic history of the area. 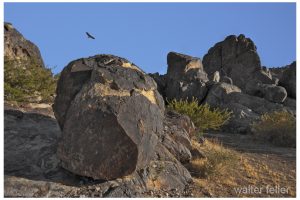 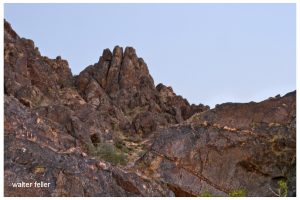 Geologic structure is complex, the result of several deformational events including shearing, folding, faulting, intrusion and metamorphism of pre Mid Jurassic age, followed by multiple Mid Jurassic age volcanic, intrusive and deformation (folding and faulting) events, and younger Cenozoic age faulting. Most bedrock units have a northwest trending structural grain which likely formed in Jurassic time. Suspected concealed faults are present under alluvium. Several prominant young northwest trending high angle faults are present on the south side of the ridge and can be seen to cut alluvium. 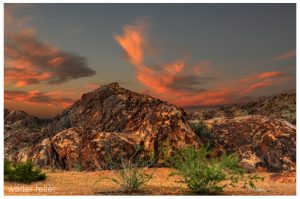