DRAWN by gaunt-ribbed oxen, a train of cumbersome immigrant wagons creaked slowly across the upper mesas of the Mojave desert in Southern California. Bearded men goaded the shambling beasts. Others rode lean-flanked horses. Women and children, faces drawn by thirst and hunger, looked out through the tattered canvas flaps as the heavy vehicles jolted along. Leader of the caravan was Elisha Hunt. The grim-featured men and women who accompanied him were members of the Mormon colony destined to form the settlement of San Bernardino in 1851. 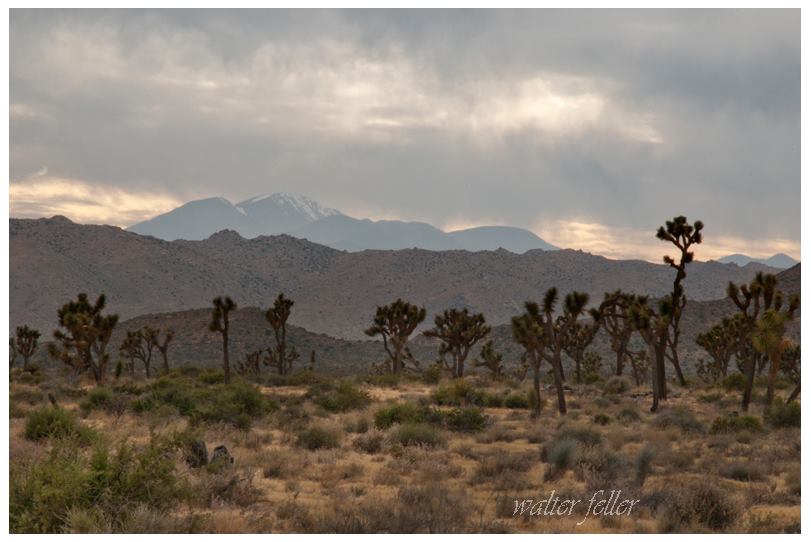 Like many of the westward treks of the Mormon pilgrims, this one was inspired by a vision revealed to Brigham Young in a dream. Elisha Hunt was but the faithful emissary of a greater prophet. He was leading this company of chosen people toward a gigantic arrowhead on a mountainside which Brigham Young had seen in his vision. The arrow would point to the land the colony was to occupy. 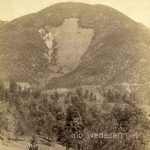 Leaving Salt Lake early in March, the caravan traveled across Meadowlake wash and the southern Nevada desert to Dry Lake, thence through Las Vegas valley to the Mojave river, and from there toward the Cajon pass. The wagons were so large, so heavily loaded with implements and supplies, they could not follow the regular trail in many places. Long and wearisome detours were made.

By the time they reached the eastern border of the Mojave their food supply was almost gone. The wagons were brought to a stop on the upper plateau of the desert. Ahead of them on the distant horizon was a jagged range of mountains—the San Bernardinos. Beyond that range the leader believed they would find the great arrowhead pointing like the finger of God.

Nearer at hand, the things that attracted their attention just now were the queer-foliaged trees. The mesa and ravines were covered with them. To the weary eyes of the travelers it was like a fantastic Garden of Eden. To the bearded leader the strange forest in the desert was taken for a “sign.” 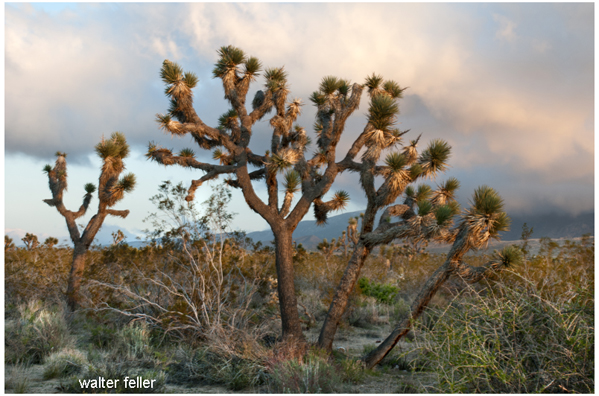 They had turned this way, off the beaten route, because their advance riders reported the wagons were too wide to pass down the Cajon trail. Westward they had come to the edge of this forest of trees such as they had never seen before. 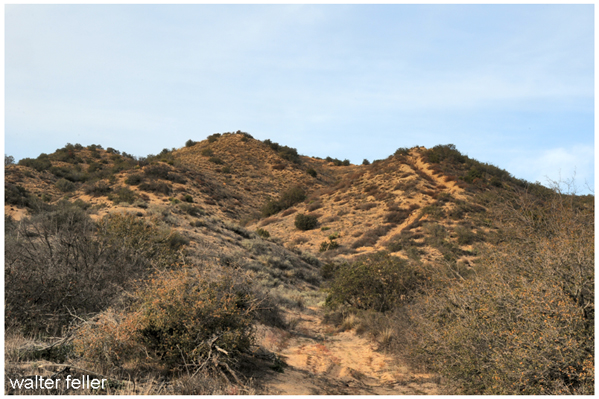 “It is a good omen from the Lord Almighty!” declared the leader.

He uncovered his head and raised his face to heaven. A delicious coolness had tempered the sultry air. Clouds hid the sun.

“Look, brethren! The sky no longer is like brazen brass. God has sent the clouds. It is as if the sun stood still—as Joshua commanded. These green trees are lifting their arms to heaven in supplication. “We shall call them Joshua trees! Soon will we reach the Promised land!” 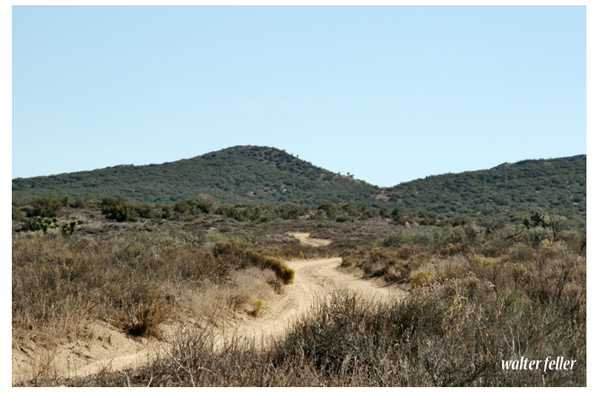 Trail to the hogback – 1851 alternative to Cajon trail.

The caravan moved on—down the Cajon on the western side of the canyon to what later became known as Sycamore grove. It is a verdant spot 1/2 miles west of what is now Devore station on the Santa Fe railroad. A monument at this spot memorializes those sturdy immigrants who founded the colony of San Bernardino. 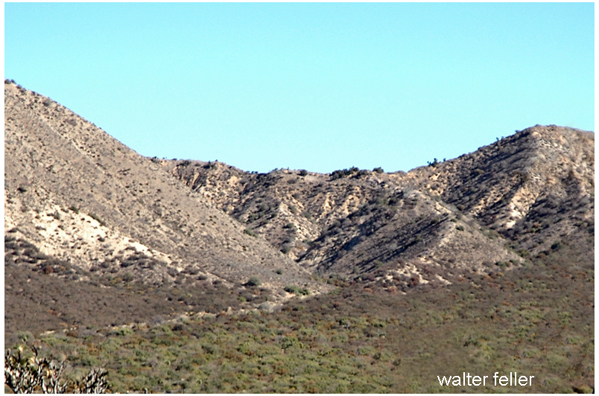 Mormon Hogback developed as an alternative to Crowder Canyon

It was from their camp at Sycamore grove, near the mouth of Cajon canyon that Elisha Hunt and his company beheld the vision—the gigantic arrowhead high up on the precipitous walls of the San Bernardino. They knew they were at their journey’s end. 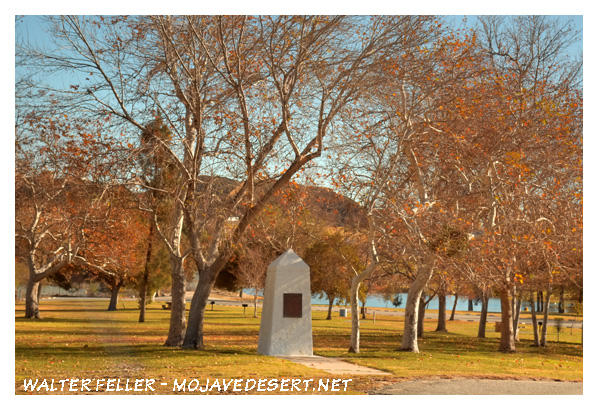 Since that day, uncounted pilgrims of many faiths have found rest and peace and comfort in the shade of the Joshua trees. The desert wind whispers softly and always with a note of mystery through their ragged fronds. Seen against a background of lilac, when the sun’s heat dances in a shimmering haze at noontime, or in the quiet dusk of a desert evening when the sky changes from turquoise to gold—the Joshuas always are alluring, mysterious, beautiful.