Of all the brother acts operating in and around San Bernardino County during the Mormon period, Few accomplished more for the ultimate benefit of the area than the Stoddard boys, Arvin and Sheldon.

Neither cut an imposing figure. Arvin, the quiet one, was only 5’5″ tall and weighed 135 pounds soaking wet, while Sheldon wasn’t much larger.  But what they lacked in height they more than made up in spirit.

Arvin, however,   had an imposing ally in his wife Caroline. She was 6 feet tall and weighed well over 200 pounds —  a formidable Amazon and an extremely vocal one too. One is tempted to ask if she carried him across the threshold on their wedding night.

She became Arvin’s mouthpiece and  did not hesitate to make her opinions known, particularly when the chips were down. As their grandson, R. Jackson Stoddard  wrote in the March 1970 issue of the LA Westerners Branding Iron, “For although she followed the will of her husband, in many cases the will of her husband was truly only a reflection of her own wants and desires.” 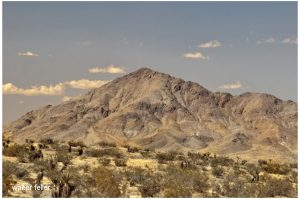 Today, a stretch of the Mojave Desert between Victorville and Daggett is blanketed with sites bearing the Stoddard’s names. They include the Stoddard Mountains, Stoddard Hills, Stoddard gulch, Stoddard Valley, Stoddard Well and Stoddard Wells Road —  all  directly attributable  to Arvin’s work in the area during the 1850s and 60s. 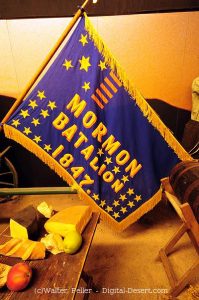 There were four Stoddard Brothers at the beginning; Rufus, Albert, Arvin and Sheldon, who were all born in Canada. When their father died in 1838, mother Jane gathered them all up and crossed the United States border, first to Ohio in then to Warsaw, Illinois, where she became hooked on the Mormon religion. When the church made it’s great trek to Salt Lake City in 1847, she and her boys were in the initial contingent.

Rufus was the first of the boys to reach California, arriving in San Diego as a member of the Mormon Battalion. After his group was disbanded in Los Angeles, he remained in the area for almost a year before he rejoining his family at Salt Lake City in 1849.

Sheldon was the next to go. Leaving Salt Lake in 1848, along with  30 other men found for the placer diggings near hang town, they traveled as far as Mountain Meadows with a larger company who hired Capt. Jefferson Hunt to guide them to Los Angeles over the Old Spanish Trail.

At the Meadows they left Hunt’s party and turned west to take what they thought was a shortcut to the gold fields and for the next 17 days blindly followed a false trail without a guide, compass or map to go by.

On the 18th day, hopelessly lost in facing death without water their lives were spared when a sudden rain squall drenched the area.   As Sheldon later wrote, “We caught the water by spreading out our rubber blankets on the ground and drank it with a spoon.”

They then turned east on the Muddy River, followed at South until they fortunately encountered Capt. Hunt’s company again and accompanied it up the Mojave River, through Cajon Pass and down to the Chino Ranch. 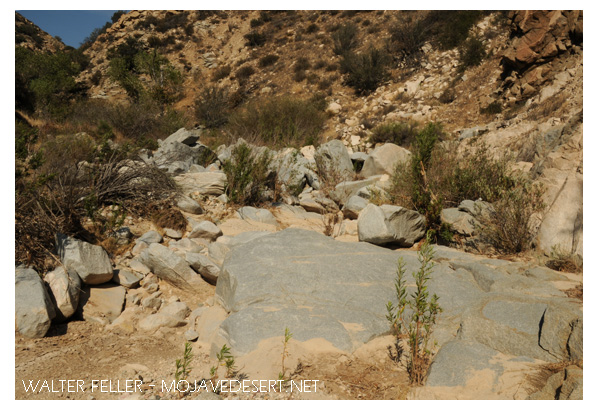 Tragically enough, on the same trip another group of would-be minors left Hunt’s command at Provo, Utah, insisting they also knew a shorter route to the gold fields, only to blunder into Death Valley, where five died before the survivors made it to Los Angeles. 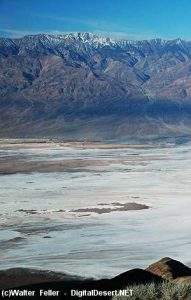 From Chino the party went on to Mariposa, where they broke up to mine, while Stoddard ran a trading post in nearby Carson Valley  for a few months before returning to Salt Lake with a herd of horses and mules.

in March 1851 Sheldon married Jane Hunt, daughter of Capt. Hunt, and the following month they accompanied the first group of Mormon colonizers to the San Bernardino Valley, making temporary camp at Sycamore Grove.

After the Mormons purchased the San Bernardino Rancho that September, and moved down into the valley, Sheldon built the first  log cabin in the settlement on First Street,, west of I Street. His cabin was later moved to and made part of the Westside of this stockade constructed on the present courthouse site as protection against hostile Indians.

For the next 14 years Sheldon Stoddard was engaged in freighting and carrying mail between San Bernardino and Salt Lake City, crossing the Mojave 24 times in all. In 1865 he made one trip to Nevada in Montana with a mule team which covered  over 1300 miles, and took six months to complete.

Arvin Stoddard and his wife also came to San Bernardino with the first Mormon train and lived in the stockade for three years before receiving an urgent message from Mormon leader Brigham Young, authorizing him to investigate a gold strike in the Calico Hills to see if he could ” obtain as much gold as possible to help finance the founding and furtherance of the faith,”  keeping only enough to live on during the venture.

Arvin and Caroline,  ardent church devotees, packed their wagon and with their poor young children in tow, headed for the hills without hesitation. 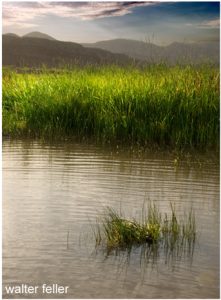 But before looking for gold, Arvin  search for water to raise crops to feed his family and stock and to flush through sluice boxes used to separate flakes of gold from the desert sand.

One of his more successful wells, known as Stoddard Well, is still flowing today and besides furnishing the family with ample water, also  provided and impetus  for others to break out a new road on almost a straight line from Lane’s Crossing,  near today’s Oro Grande, to Fish Ponds Station  between present-day Barstow and Daggett, thereby saving many miles compared with the old route, which followed the westward band of the Mojave River.

Although it took him almost 8 years of prospecting, Arvin  finally struck a rich claim and extracted a sum that Caroline estimated at  $60,000   before calling it quits  and lighting out for Salt Lake City to hand to Brigham Young.

But before they reach the Mormon Temple, they were held up by Indians and robbed of all their hard-earned loot, except for a few thousand dollars hidden in Caroline’s underwear.

As her grandson related, “The Indians were neither red nor brown.  they were more white than any Indian she (Caroline)  had ever seen.”  Caroline deduced they were renegade Mormons, acting on behalf of the church, and  although her suspicions were never resolved, her once benevolent attitude toward the Mormon hierarchy  changed overnight and led to her eventual break  with the church.

In 1869 the Arvin Stoddards  move to Milford, Utah, where they build a hotel called, naturally, “The  Stoddard House,”  where they lived until Caroline died in 1904.

Sheldon Stoddard remained in San Bernardino for the rest of his life, Rev. and honored by all who knew him for his contributions to the county and state. 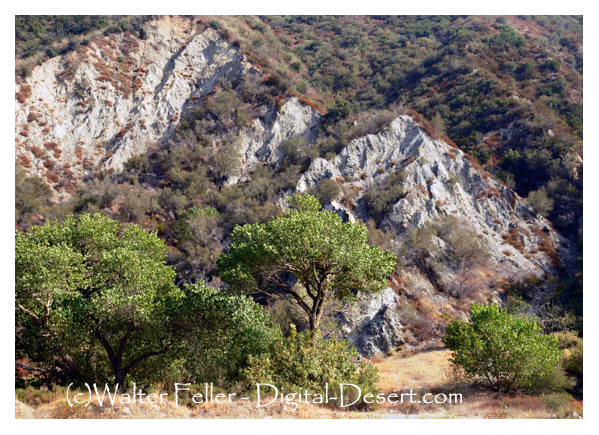 After serving as president of the pioneer society, he spent his final years  surrounded by old friends like John Brown and Billy Holcomb. They camped and fished together in their mountain retreats and dedicated monuments to the pioneers in Cajon Pass.  he was active up to the day of his death in 1919 at the age of 89.