The recent death of Wyatt Earp ( January 13, 1929) recalls to mind the part he played in the claim jumping expedition to Searles Lake in October 1910.  At the time I was Acting Receiver for the California Trona Company and was in charge of a group of placer mining claims covering some 40,000 acres.  The party had been organized at Los Angeles by Henry E. Lee, an Oakland attorney and probably was the best equipped gang of claim jumpers ever assembled in the west.  It consisted of three complete crews of surveyors, the necessary helpers and laborers and about 20 armed guards or gunmen under the command of Wyatt Berry Stapp.

The party of 44 in number, arrived at Searles Lake in seven touring cars and established a camp at the abandoned town of “Slate Range City” about eight miles southeast of the company’s headquarters.  On the morning following their arrival we saw some of the surveyors across the lake and our foreman road over and ordered them off the property but they paid no attention to his protest an proceeded to do a very thorough job or surveying and staking.

As I considered it necessary to make some show of force in protecting our claims, I visited the enemy’s camp at sunrise the next day with our whole force of five men who were armed with all the weapons they could collect.  It was a very critical moment when we jumped from our wagon and walked up in front of the mess house where the raiders were assembled for breakfast.  I stood in the center with my boys on either side of me.  There was a shout and men came running from all directions and fearing there might be trouble.

I started right off to explain to the surveyors present that I had only come over to give notice that I was officially and legally in possession of the claims and that they were trespassers.

Before I got very far a tall man with iron grey hair and a mustache pushed his way to the front and in a loud voice demanded why I had come into their camp with armed men.  At the same time he grabbed hold of my shotgun held by the boy on my left and attempted to take it away from him.  At this attack upon us I drew an automatic and ordered him to let go.  He did so and then ran to a building nearby saying “I’ll fix you.”  Before he could secure a rifle, however, the cooler headed members of the party surrounded him and calmed him down.  Also, you may be sure every effort was made to prevent a fight, as, in spite of our bold being, we were pretty badly scared.

Just as things seemed to have quieted down,  one of the excited jumpers accidentally discharged a gun.  No one was hurt but, it was a very tense moment for all of us.  Having failed to dislodge the enemy the following day I called for a US Marshall and when he arrive the claim jumpers were all arrested and sent home including “Wyatt Berry Stapp”, none other than the famous Marshall Wyatt Stapp Earp. 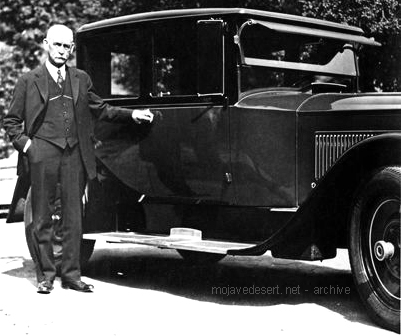 — Wyatt had bought a brand new auto and was taking Josie out to visit a friend in Arizona. Somewhere south of Needles, a large bull leapt out from behind a creosote bush. The bull huffed and puffed and stomped and scrapped his hooves, lowered his head and charged the brand-new shiny-clean car. The bull came at the door on Josie’s side. She screamed. She was afraid the bull would kill her. However, she had no reason to fear death as Wyatt, drew his gun and put 3 shots into his thick skull right between its wide-set eyes. This killed the bull instantly. The bull had messed up the door pretty bad. Then all of a sudden some guy jumped out of the creosote yelling and screaming about the “prize bull” Wyatt just killed. An argument ensued. It seemed that Wyatt knew this guy’s boss and was the friend he was taking Josie to visit. It was pretty funny. Sort of. I don’t know who, if anyone, paid to get Wyatt’s door fixed. I imagine they ate the bull. 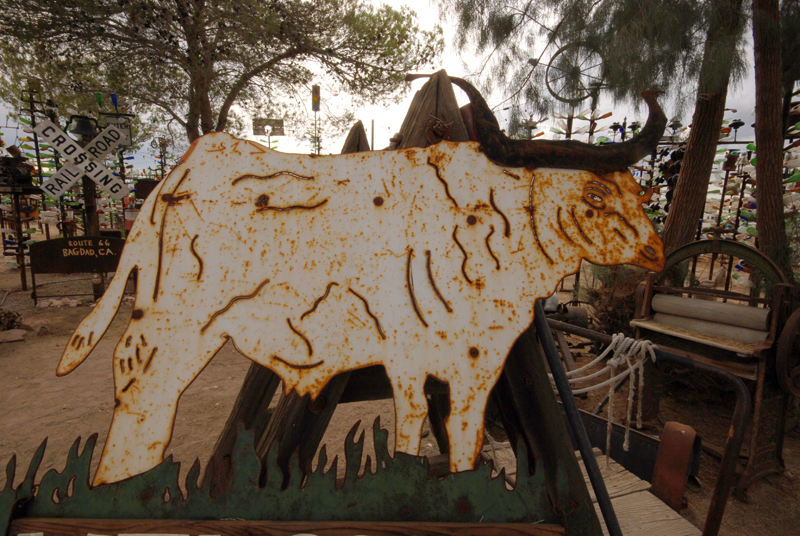