Death Valley is perhaps the West’s  most aptly named topographical feature and over years it has taken the lives  of countless thousands of travelers, prospectors,  treasure hunters and others who ventured into its tortured arid wilderness. 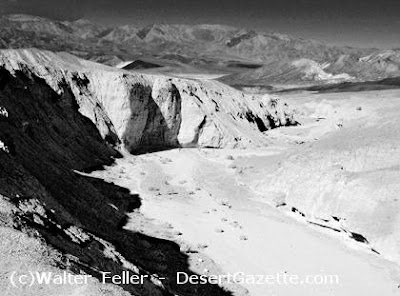 The circumstances of these deaths  are roughly similar:  horses died,  they ran out of water, got lost, became delirious with the heat etc.,   but at least one of the valley’s victims left behind a more accurate account of his last hours on earth.

Al Williams’ body  was found the morning of August 3, 1911 at Sharpe’s Camp,  a sometime [ng]  a few miles southeast of Darwin, California. A Nevada prospector who had traversed Death Valley many times in the [l,]  Williams apparently lost his horse then lost himself on this trip.  He had set out from [o]  Springs on May 18 and nothing more was heard of him until his body was found,  though his friends had searched for him earlier in the summer, sick and unable to leave his camp, Williams apparently waited day by day for someone to come and rescue him. As he waited, he recorded his condition and his thoughts in the following diary which was found on his body:

Wednesday, May 24
Nothing to eat since Thursday.

Saturday, May 27
Hungry, hungry and so weak.  Headache, sick. Will probably die soon.

Monday, May 29
Cold:  almost froze. Am much weaker; do not think I have will last two days more. Pain in my side.

Tuesday, May 30
Colder than ever last night. Did not sleep a minute. Very weak. Hello the headache. Very dizzy.

Wednesday, May 31
Am nearly all in;  can scarcely breathe. Water getting low.

Thursday, June 1
Worse today,  Sick; no sleep; too cold. Water is playing out fast it will not be long til the end.

Friday, June 2
Am about the same.  No sleep; cold nights. This is a living hell. Very weak.

Saturday, June 3
No sleep;  cold night. Am worse than ever.  will hold out as long as I can.

Wednesday, June 7
Don’t  see how I can live much longer. I stagger like a madman. Feel drunk and dizzy.

Thursday, June 8
Worse;  am nearly blind;  very sick and dizzy. No sleep; gnats are eating me up.

Friday, June 9
Don’t  believe I can get another canteen of water.  Sick and dizzy: cannot see much. Think it will be all off soon. 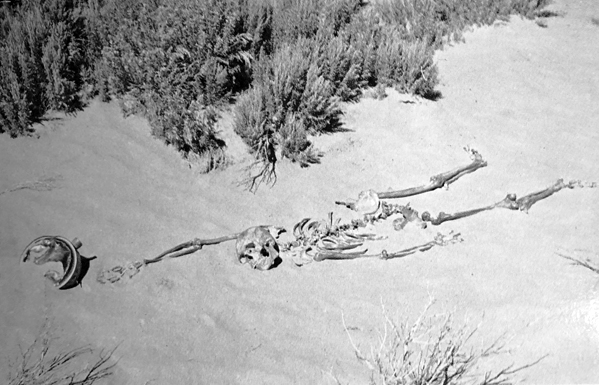 In the back of the diary under the date of June 9, 1911, Williams wrote the following: “Have stood it 23 days without anything to eat. If I can get one more canteen of water I am satisfied it will be the last one. This is surely hell on earth.  And so sick and dizzy I can scarcely see this in the gnats are eating me up.”  Too weak to write and almost blind for the last three days of his life,  Williams merely made his cross in the diary to show that he was still alive.

The men who found the body at first considered bringing it out to a nearby ranch and notifying the Inyo County coroner, but its condition was such that they decided against such a course. A shallow grave was dug on a high bench about 50 feet from the dry spring and Williams was laid away.

One of the men wrote a short account of his death from the diary and placed it in a tobacco can which was then stuffed into a crude monument built over the grave.

Williams diary itself was brought back to Darwin and given to the editor of the Inyo County Independent  who subsequently might venture out  unprepared or who might go out on a rescue mission and give up too soon, thus condemning another of their fellows to the awful sacrifice which the desert seems to periodically demand.